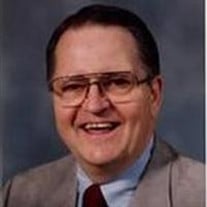 Alfred Owen Fonkalsrud, Tulsa, age 75, died at Cypress Springs, an Alzheimer's memory support esidence, on January 9, 2010. Owen was born to Leslie and Mae Fonkalsrud in Sedalia, MO, on January 22, 1934. He was a graduate of Mexico, MO, high school and Westminster College in Fulton, MO. He earned an M.A. in psychology from the University of Omaha in 1958. He worked as a psychologist in Tulsa from 1962 to 2003. He attained the rank of Colonel in the U.S. Army Reserves and served as a liason officer for West Point Academy for 9 years before retiring from the service in 1994. Owen was active in many organizations during his life including the Downtown Rotary Club, Tulsa Camera Club, Norwegian Club, Volunteers of America and Tulsa Boys' Home, Owen was preceded in death by his parents. He is survived by his wife, Janice; son, Andrew Fonkalsrud of Aurora, IL; son, Philip Fonkalsrud and his wife, Kelly Clark of Tulsa; and son, David Fonkalsrud, his wife, Lisa, and their son, Erik, also of Tulsa. A sister, Jacquelyn Fritchen of Murphreesboro, Tennessee; and a step-brother, Dean Williams, Fort Gibson, OK, also survive. A memorial service will be held at 2 p.m., Thursday, January 14, at Fitzgerald Southwood Colonial Chapel, 3612 E. 91st St. In lieu of flowers, the family would appreciate contributions to Tulsa Boys' Home, Post Off ice Box 1101, Tulsa, OK 74101. Fitzgerald Southwood Colonial Chapel, 918-291-3500, www.southwoodcolonialchapel.com

The family of Alfred Owen Fonkalsrud created this Life Tributes page to make it easy to share your memories.

Send flowers to the Fonkalsrud family.