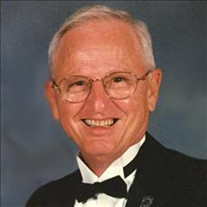 In loving memory of Allen Paul Sipes, a respected and devoted husband, beloved father, cherished grampa, Doctor of Chiropractic, writer, speaker, publisher, world traveler, philanthropist, and entrepreneur. After a delightful trip to Missouri, visiting with friends and enjoying the fall foliage, Dr. Sipes returned home to Tulsa with his wife, experienced a sudden collapse, and a few days later made his transition from this earthy life to a higher and more permanent existence. It was his firm belief that we never die; we simply change from one expression of God's Energy to a higher expression of God's Energy. It was always his desire that this happen for him, peacefully, at home. His image was fulfilled. His personal and professional accomplishments are numerous. Admired and loved by many, he will be greatly missed as he continues to live on in our hearts and memories. Born and raised in Clinton, Iowa, Allen was the twelfth child in a family of fifteen children. He was the last surviving sibling. He joined the U.S.Navy as a young man and served four years aboard the U.S.S. Hambleton during the Korean conflict. He received his Doctorate from Palmer College of Chiropractic in Davenport, Iowa and began his practice in Louisiana in 1955. During his five years in Louisiana, arrested and jailed for practicing medicine without a license, he took part in a law suit against the State which eventually led to the formation of the Louisiana State Chiropractic Board to license Doctors of Chiropractic. In 1960, he began building a large practice in Tulsa, OK where he served thousands of patients during his career. His healing hands and his unwavering confidence in the natural art of Chiropractic raised the public's consciousness for the body's innate ability to heal itself and maintain good natural health through holistic care. During that process, he raised eight healthy children without drugs or vaccinations. He was also a certified acupuncturist and hypnotherapist. In 1987 he expanded his focus in teaching and writing about natural health. He published thousands of monthly newsletters for patient education and for doctors' practice building techniques. Known nationally, he later wrote a book titled "Innate to Innate Healing." Member of Joint Oklahoma Chiropractic Associations Hall of Fame Member International Chiropractic Knights of the Round Table Served ten years on the Oklahoma Board of Chiropractic Examiners Member Presidents Club at Palmer College of Chiropractic Member Presidents Club at Life University Recipient of the Ambassador Award at Palmer College of Chiropractic Fifty Year Member of Concept-Therapy Institute Recognized by the Inner Circle of Life University Member of Palmer College of Chiropractic Academy of Fellows Allen married his first wife, Arla Mae, in Iowa and had eight children, Dr. James R. Sipes, Karen Brattain, Sharon Mackley, Todd Sipes, Ellen Helterbrand, Scott Sipes, Sue McCreery and Jay Sipes. In 1987 he married his second wife, Pamala, and continued to reside in Tulsa. He is survived by his wife Pamala, daughters Karen Brattain of Tulsa, Ellen Helterbrand of Broken Arrow, and Sue McCreery of Garland TX; sons Todd Sipes of Anderson SC and Scott Sipes of Bixby; grandchildren, Rose Nellis of Kihei HI, Josh Paterson of OKC, Megan Acord of Little Rock AR and Tanner Sipes of Columbia SC, as well as many step-grandchildren, and numerous nieces and nephews. Besides two brothers and a son who were Doctors of Chiropractic, Allen has a nephew, Dr. Dave Sipes of Scottsdale AZ and a niece, Dr. Deborah Frett of Hickory Corners MI who are also Chiropractors. As a father, and as a professional, Allen always emphasized goal setting, having a positive attitude and a strong spiritual foundation. He had boundless energy and, over the years, never really acted his age. He believed in immortality, in giving, and in sharing what he had experienced and learned. He was immensely proud of his eight children. He loved talking with little children and their parents in restaurants because it reminded him of the Sundays, he took his young family out for meals. He always mentioned his children in these conversations. He also enjoyed visiting with veterans, the wait staff, and total strangers. Mere words cannot begin to express the profound effect Dr. Sipes has had on our world. He has touched more lives than he could ever know. Yet he never felt he had done enough. His hunger for knowledge about healing and spiritual philosophy, kept him studying and discussing these topics every day of his mortal life. He found mentors in Dr. Thurman Fleet and Dr. Bernie Higdon, both of San Antonio, TX, and he valued and respected a number of colleagues, especially those in his International Chiropractic Knights group. His admiration is unbounded for the many younger doctors today who carry on the tradition that "the Power that Created the Body can heal the Body." No formal memorial service is planned. Dr. Sipes wishes were that he be remembered in happy celebration whenever and wherever the family is gathered together, and he believed friends and family to be one and the same.

The family of Allen Paul Sipes created this Life Tributes page to make it easy to share your memories.

In loving memory of Allen Paul Sipes, a respected and devoted...

Send flowers to the Sipes family.