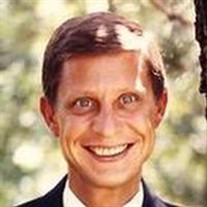 SENGER, Sr. – Carl Patrick, was born on March 17, 1945, in Tulsa, OK to Carl J. Senger and Bernice M. Senger. He passed away in the arms of his loving family on April 28, 2009. He attended Cascia Hall where he was active in sports and spent much time teasing the Sisters. Pat was also an accomplished businessman. He was a valued employee and trusted advisor for more than 20 years at Sooner Pipe & Supply before branching out with his own business venture, MHS Alloys, LLC. He was well respected and had many friends and colleagues. Pat was a kind and loving brother, husband, father and “Papa” who enjoyed spending time with his family and grandchildren. Pat was also known as a “jack of all trades.” He spent hours tinkering and fixing odds and ends around the house. Pat is survived by his loving wife Sarah of 41 years; daughters Karen Senger and husband Scott, Katherine Stufflebeam and husband Kevin; sons Patrick Senger and wife Sarah, David Senger and fiancé Jordan; grandchildren Reagan, Emilie, Barrett, Jake, Carter, Evan, Allie and Rylie. He is also survived by his sister Mary Ann Conner, brothers Steve Senger and wife Maryanna, David J. Senger and Lee Johnson, Jim Senger, Bill Senger and wife Denise, Barney Tonquist and wife Ellie and numerous aunts, uncles, cousins, nieces and nephews. Pat was preceded in death by his father Carl J. and mothers Bernice and Kathryn Senger and his sister Theresa Senger. Memorial donations may be made in Pat’s name to Holy Angels Residential Facility, 10450 Ellerbe Road, Shreveport, LA 71106. Family will receive friends for visitation at Fitzgerald Southwood Colonial Chapel from 5-7p.m. on Thursday, April 30, 2009. Service will be held at 10:00a.m., Friday, May 1, 2009, at Fitzgerald Southwood Colonial Chapel with interment at Memorial Park Cemetery.

The family of Carl Patrick Senger, Sr. created this Life Tributes page to make it easy to share your memories.

Send flowers to the Senger, family.