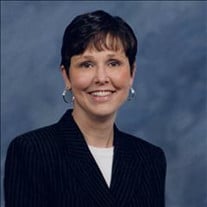 Brophy- Carolyn Anne Selke, 72 Her soft laugh and charming smile will be missed by all who knew Carolyn Brophy. She died very unexpectedly on October 1, 2021 in Tulsa, Oklahoma. Carolyn was born August 18, 1949 in Houston Texas. She will always be deeply missed by her husband of 44 years, Mike, son Christopher, her brothers, Richard and Bruce, sister Barbara, and her many cousins, nephews, nieces and aunt and all her friends. Carol and Mike met in Houston in 1976 and were married there on June 25, 1977. She was an adventurous active person, traveling, camping, and willing to try new things. Carol was a loving and devoted Mother and Wife. She had a wide range of interests, and over the years was employed in real estate, photography, medical fields (and also working for her father in his medical practice), and in accounting while she and Mike were living in West Texas. They lived in Saudi Arabia for a total of 8 years on two different occasions. In Saudi Arabia she worked for the ARAMCO school system. It was during this period (1985) that they went on leave and spent 6 weeks in Honduras adopting their 5 week-old son, Christopher Michael Brophy. She studied art in college and loved working on her sketches in different formats. She shared her art with family members, many friends, the community and professionally. Besides art, she was an avid gardener, who knew trees, plants and flowers. In the spring and summer, she often rose early and tended the garden/plants before the heat of the day. She guided and encouraged Mike through their years together, living in Tulsa for 30 years and in Texas and Saudi Arabia. The first time Carol and Mike moved to Saudi Arabia in 1977, they shipped their Blazer to Rotterdam, Holland. From Holland they drove thru Europe, Yugoslavia, Greece, Turkey, Syria, Jordan and on to Saudi Arabia, where they lived in Abqaiq and Udhailiyah for the next two years. They took several trips out of their base in Saudi Arabia to Iran, Jordan (Petra), India, Egypt and Europe. Carolyn was baptized in the First Presbyterian Church in Houston, Texas attending church with her family. She converted to Catholicism in 1991 and spent many years in the St Mary's choir, Tulsa, OK. She established deep friendships with other choir members that continued throughout her life. With the St. Mary's choir, she went on several trips to Rome, France and other European locations visiting historical sites and churches. One of the highlights was singing in the Vatican for Pope John Paul II. Carol and Mike completed numerous projects in their homes over the years. Carol would willingly do some of the messy hard work and tastefully oversee and provide a sense of style, while Mike implemented her vision with wood, metal, saws, drills, hammers and other tools. Carolyn and Mike attended the many Selke family reunions in Texas, of which she was a major planner and contributor. Carolyn graduated from Lamar High School in Houston, Texas. Attended the University of Houston, Indiana University, Saint Edwards in Austin and the University of Tulsa. At the University of Houston, she was active in Zeta Tau Alpha sorority and Sweetheart of Sigma Chi. She was predeceased by father, Dr Oscar O. Selke Jr, and mother Edith Hicks Hardey Selke. She is survived by husband Steven Michael "Mike" Brophy, Tulsa, Ok; son Christopher Michael "Chris" Brophy of Dallas; sister Barbara Selke-Kern and husband Homer Kern of China Spring, Texas; brother Richard Selke and wife Susan of Houston; brother Bruce Selke and wife Cindy of Huffman, Texas; aunt Billie Selke of Houston; and also numerous nieces, nephews and cousins, and their families. Friends may honor her memory by contributing to Team Rubicon, Catholic Charities, or the charity of their choice. Rosary will be said at 7 PM, on Thursday, October 21st and Mass of Christian Burial will be at 10 AM, on Friday, October 22nd, both at Church of the Madalene, in Tulsa. The funeral will be streamed on Church of the Madalene's YouTube page CLICK HERE and Facebook page CLICK HERE Both are public pages that anyone can go to at the time of the event. Fitzgerald Ivy Chapel, 918-585-1151

Brophy- Carolyn Anne Selke, 72 Her soft laugh and charming smile will be missed by all who knew Carolyn Brophy. She died very unexpectedly on October 1, 2021 in Tulsa, Oklahoma. Carolyn was born August 18, 1949 in Houston Texas. She will always... View Obituary & Service Information

The family of Carolyn Selke Brophy created this Life Tributes page to make it easy to share your memories.

Send flowers to the Brophy family.