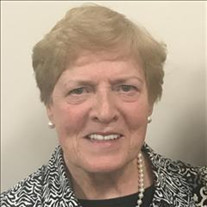 On Wednesday March 23rd, 2022 Catherine Campbell Morrison Harper left this world. She is survived by her son Sean Morrison Harper and daughter in law Traci Harper, along with grandchildren Taylor Jaden and Luke Jackson Harper. Other survivors are her sisters Margaret Mackenzie of Ft William, Scotland and Annie Mary Faryma of Kinlochleven Scotland. Sister in laws Nancy Prill of Dallas, Texas and Micki Scheuerman of Como, Mississippi . There are many nieces and nephews and cousins all over the world. Cathie was born in Kinlochleven, Scotland and grew up there during her childhood. She eventually took to nursing and went to school in Glasgow, Scotland at Stobhill hospital. Cathie also did post graduate work in Aberdeen, Scotland and was an accredited midwife. Upon completion of nursing school, she accepted a contract in Dallas Texas as an RN at Presbyterian Hospital. It was during that time she met the love of her life and husband, John Harper and they married. After a couple of moves, they settled in Tulsa, Oklahoma and Cathie started working at St Francis hospital. Shortly after they welcomed their first and only child, Sean Morrison. Cathie went on to work at St Francis for 43 years, retiring permanently in 2013. She has many many friends from her time at the hospital, and kept all of those friendships strong. She was very active in Scottish Highland dancing, and her and John both danced in a group here in Tulsa. Cathie was very proud of her scottish heritage, as her and John and Sean traveled over to Scotland many times as a family. After John passed away in 2014, Cathie became active in church and book clubs with her friends, often juggling multiple meetings for tea and biscuits whenever she could. Anyone that knew Cathie knows what a tremendous person she was in all aspects of life. The best wife, mother, grammy, friend to everyone she met. Her smile and laugh will always be remembered. Cathie you will live in our hearts and minds forever, never to be forgotten.

The family of Catherine C. Harper created this Life Tributes page to make it easy to share your memories.

Send flowers to the Harper family.