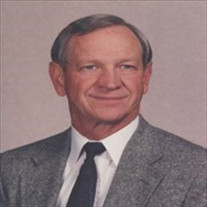 Clifford R. Muselmann, Lt. Colonel USAF retired, passed away on April 1, 2020. Cliff was preceded in death by his wife Margaret Ann and second wife, Barbara. He is survived by his children and their spouses: Deborah Moon (W.R.), Ann Kerfoot, Clifford Muselmann (Mary), Michael Muselmann (Dianna), John Muselmann (Diane), Suzanne Wills (Derek), Donald Muselmann (Yvonna), Cay Medellin (John), 25 grandchildren and 6 great-grandchildren. Cliff was born on January 20, 1932, in Wichita, Kan., and immediately adopted by Owen and Goldie Muselmann, bringing him to Tulsa. Cliff was their only child and adored by his mother Goldie, who died when Cliff was 11. Cliff worked odd-jobs at a young age to help fulfill his mother's wish for him to attend Marquette Catholic School. Cliff thrived at Marquette, graduated in 1950, and on May 17, 1952, he married his high school sweetheart, Margaret Ann (Maggie) Edmiston. With this union, Cliff became a part of Maggie's large family. With an ROTC scholarship, Cliff graduated from the University of Tulsa in 1954 and received his commission into the Air Force. During his service, Cliff rose to the rank of Lieutenant Colonel. Cliff was awarded the Distinguished Flying Cross while serving in Vietnam in 1971, as a navigator, for superior airmanship and courage in combat while receiving enemy fire. Cliff's outstanding leadership style earned him the respect and dedication of the men in his squadron. Cliff's military life, with a large and growing family, was an adventure. Moving every few years�, from Massachusetts to California to Japan, he still made time for station-wagon-packed family road trips and weekends of water-skiing. Upon retirement from the military, Cliff worked for the Swab Corporation, and he and Maggie were able to return, full circle, to Tulsa. Cliff's later years were spent playing golf with his regular foursome, traveling with Maggie, caring for Maggie and having a second marriage to Barbara. Cliff, starting life as an only child, was thankful for his large family. He lived his life with integrity, honesty and humility, had a big slow smile and a keen sense of humor. He was a great son, loving husband, ideal father and doting grandfather. Cliff's family would like to thank all those who cared for him later in life, especially Stacy, who was with dad for 12 years. A funeral mass, interment with full military honors and reception will be scheduled later this year. In lieu of flowers, please support The Center for Individuals with Physical Challenges.

Clifford R. Muselmann, Lt. Colonel USAF retired, passed away on April 1, 2020. Cliff was preceded in death by his wife Margaret Ann and second wife, Barbara. He is survived by his children and their spouses: Deborah Moon (W.R.), Ann Kerfoot,... View Obituary & Service Information

The family of Clifford Roland Muselmann created this Life Tributes page to make it easy to share your memories.

Send flowers to the Muselmann family.