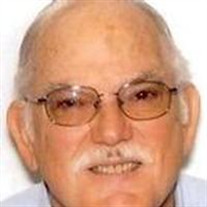 Clyde Dale Nunley Clyde Dale Nunley, 70, died September 8 in Annapolis, Maryland. He was born October 6, 1938 in Tulsa, Oklahoma and raised in the West Tulsa area where he graduated from Daniel Webster High School in 1956. He married Irene MacGregor on March 31, 1964. They lived in Norman and in Crofton, Maryland where they raised their family. Dale had a passion for knowledge. Degrees he received include: Bachelor of Science and Master of Science in geophysical engineering from the University of Tulsa, Master of Arts and Ph.D in Mathematics from the University of Oklahoma, and Master of Science in Applied Mathematics from Johns Hopkins University. He was the first civilian to earn a Master of Military Art and Science from the US Army Command and General Staff College. He was a member of several honorary societies including Sigma Xi. Dale retired in September 2008. He was a mathematician, analyst, and teacher. During the summer of 1969, he calculated trajectories for the Apollo 11 mission. He was with the Department of Defense for 25 years at Fort Meade and then worked as a support contractor to his former organization. He also taught college level mathematics in several colleges and universities. He was a lifelong baseball fan, visiting professional baseball parks across the country and supporting the minor league Bowie Baysox near his home. He followed OU football every season, attending games in Norman and away when possible. He especially enjoyed traveling and has been to each of the US states and each of the Canadian provinces, been on each of the 7 continents, walked in each time zone, and enjoyed trips to over 155 travel destinations in over 110 countries. He always enjoyed traveling to new places and meeting new people. He is preceded in death by his parents Clyde and Ruth Nunley and his brother Allison Stowe. He is survived by his wife, Irene Nunley, of Crofton, Maryland; his sons, Craig Nunley and Cameron Nunley of Ashburn Virginia; his daughter, Kristin Miller, her husband Lance Miller, his grandson, Greyson Miller and his brother, Wayne Nunley of Tulsa. The family will receive friends from 5 to 7 pm on Monday September 14th at the Fitzgerald Funeral Home at 3612 E. 91st Street S. The Funeral Service will be held on Tuesday September 15th at 2 pm at the Fitzgerald Funeral Home in the Southwood Colonial Chapel. Interment will follow at the Calvary Cemetery. A memorial service will be held at Prince of Peace Church in Crofton, Maryland in early October. Fitzgerald Southwood Colonial Chapel, 918-291-3500. www.southwoodcolonialchapel.com

The family of Clyde Dale Nunley created this Life Tributes page to make it easy to share your memories.

Send flowers to the Nunley family.