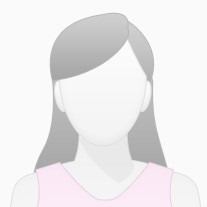 Della Mae Kay McCulloch passed away peacefully on Saturday, August 14 at her home, after a day filled with her family's presence. She was born on September 12, 1929, to John and Della Kay in Brown's Valley, MN. The family moved to Eldridge, MO when Della was 7 years old. A determined young woman, she obtained her teaching certificate, so that she could begin teaching in rural schools. She graduated from Lebanon High School in 1946. She attended Southwestern Missouri State University, earning a Bachelor of Science degree in Education in 1953, and the University of Missouri, earning her Master of Education degree in 1955. Della met Ken McCulloch in Lebanon, and they married in May of 1955. They moved from Missouri to Kansas and finally to Tulsa in 1961. She continued to pursue graduate studies at the University of Tulsa from 1962-1981. She taught at Hissom Memorial Center, then joined the faculty at what was then Claremore Junior College, where she was the founder and first instructor of the Child Development Department. She also taught Political Science and American History. She founded the First Edition Bookshop on 15th St. in 1978 and moved the store to its final location at the corner of 15th and Rockford in 1984. There she presided over a veritable treasure trove of used, rare, and collectible books, magazines, record albums, as well as new, used and collectible toys and dolls. Della was an authority on rare books, first editions, out-of-print and signed copies, and how to find them. She was also an expert on collectible dolls. When the bookshop closed in the late 90s, she remained the owner of the property. She was a pioneer in women's business ownership, a champion for women's rights, and the beloved matriarch of a big, beautiful family. She remained passionately interested in politics and social justice. Della is survived by her husband of 66 years, her six children, John (Marilyn), James (Stephanie), Paul (Janet), Marc, Ellin Henderson (David), and Dan (Debra), as well as 16 grandchildren, 6 great grandchildren, and numerous nieces and nephews. A family and friends celebration of life will take place on Sunday September 12, her 92nd birthday, and a graveside memorial service will be held on Monday, September 13, at Calvary Cemetery, 9101 S Harvard Ave in Tulsa at 10:30 AM. Donations may be made to Bishop Kelley High School in her memory.

Della Mae Kay McCulloch passed away peacefully on Saturday, August 14 at her home, after a day filled with her family's presence. She was born on September 12, 1929, to John and Della Kay in Brown's Valley, MN. The family moved to Eldridge,... View Obituary & Service Information

The family of Della Kay McCulloch created this Life Tributes page to make it easy to share your memories.

Send flowers to the McCulloch family.