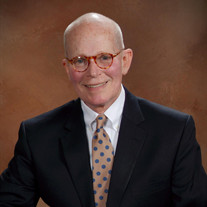 de Verges, Eugene P., a retired lawyer, died on March 14, 2021. Mr. de Verges was born January 26, 1953 in New Orleans, LA, the son of G. Leonard and Hilda Cox de Verges. He was a direct descendant of Bernard de Verges, one of the first settlers in New Orleans, arriving in 1720, two years after the city's founding by Jean-Baptiste Le Moyne de Bienville. He was a 1971 graduate of Cascia Hall Preparatory School. He graduated with Honors from Oklahoma State University (B.A. History) in 1975 and The University of Texas at Austin Law School (J.D. 1980). He was a lifetime student of history, art, and classical music. He attended the Church of Saint Mary where he served as a lector and had been a member of the choir. He was an adult leader in the Boy Scouts of America, receiving many awards including the Silver Beaver. He took Scouts to summer camp fifteen times, attended three National Jamborees, and went to Philmont Scout Ranch eight times. He was an avid tennis player for many years belonging to the Tulsa Tennis Club and Shadow Mountain Racquet Club. He was a member of the Knights of Columbus. He was predeceased by his father, G. Leonard de Verges and sister Ann Winters. He is survived by his wife, Mardi (Ford) de Verges, and four children: Christopher J. de Verges (Emily), Sarah E. de Verges (John Fraley), Philip E. de Verges (Sarah), and Eugene F. de Verges, granddaughter Eleanor de Verges and grandson Luke Fraley. He spent the last five years of his life devoted to Eleanor's care and special medical needs. His surviving siblings are George L. de Verges (Jolene) of Dallas, Louise Anderl (Bob), Stephanie de Verges (Sandy Thomas), Gregory P. de Verges, and Guy A. de Verges (Stephanie). He is also survived by loved nieces, nephews and in-laws. In lieu of flowers, the family requests donations to Cascia Hall or the charity of their choice. A Funeral Mass will be celebrated at the Church of Saint Mary on Wednesday, March 17, 2021 at 2 p.m. (COVID-19 Protocols will be in effect). A livestream of the Mass will be available through Church of St Mary website. Fitzgerald Ivy Chapel, 918-585-1151

The family of Eugene Philip de Verges created this Life Tributes page to make it easy to share your memories.