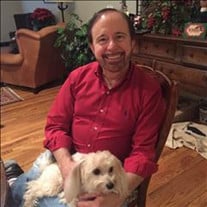 Gary was born on September 2, 1953 in Lawton, Oklahoma to Onita and Camillo (CJ) Gramolini. As a child, he was an altar boy at Saint Barbara's Catholic Church, he participated in baseball, played the organ in his band called "The Enterprise," and graduated from Lawton Eisenhower High School in 1971. After high school, Gary went on to study at the University of Oklahoma, graduating in 1974 with a Bachelors of Science in Zoology. He was fiercely passionate about medicine, having come from a family of medical professionals including his father, mother, and grandfather, Dr. Albert Fish. Gary decided early on to follow in his father's footsteps to become a physician. He completed his medical training at Oklahoma State University College of Osteopathic Medicine in Tulsa, Oklahoma in 1978, finding his passion in the fields of obstetrics, gynecology and family medicine. Later that year Gary opened his own private practice in Tulsa with his partner Dr. Gary Cannon, and took ownership of his father's Lawton practice in 1986. With his love of technological innovation, he pioneered the use of telemedicine long before its current implementation today. In 1995, after 17 years of practice, Gary left obstetrics to focus his time to weight loss and family medicine, establishing Docs Weight Loss and Family Care Clinic. He was well-known for being a very patient, kind and warm physician to all whom had the blessing of being under his care. Gary loved sports (an Oklahoma Sooners fan for life), photography (he was constantly filming and photographing his family- his children referred to him as "papa"razzi), and he was an avid music enthusiast. Gary was a dedicated, loving and affectionate father. He leaves behind six children whom he poured his soul into, as well as thirteen beloved grandchildren. He shared two daughters, Amy Gramolini (sons Christopher, Alexander and Jacob), and Kelly Donohue (husband Darius, children Madison, Aidan and Cailyn) with his previous wife Patricia Hampton. His four children, daughters Casey Mayo (husband Cody, children Lucy, Max, and Ben), Haley Armstrong (husband Blaine and daughter Romi), son Andy Gramolini (wife Katlyn) and step-son Justin McLaughlin (wife Katy, children Markie, Audrie and Elias) were shared with his loving wife, Vicki Gramolini. Gary was a traditional Italian father and family meant everything to him. He instilled the importance of family into each of his children and grandchildren, often stating: "Friends come and go, but family is forever." Gary established longstanding family traditions such as yearly trips to Disney World and Branson, and he always made sure the family was together every year for the holidays. Gary was preceded in death by his father Camilo Joseph (CJ) Gramolini, mother Onita Gramolini, sister Judy Banks, and wife Vicki Gramolini. We mourn the loss of our father and encourage any and all who knew him to remember the beauty he brought to this world. Services will be held at 11:00 AM on September 17, 2021 at Fitzgerald Funeral Service, 3612 E. 91st Street, Tulsa, Oklahoma.

Gary was born on September 2, 1953 in Lawton, Oklahoma to Onita and Camillo (CJ) Gramolini. As a child, he was an altar boy at Saint Barbara's Catholic Church, he participated in baseball, played the organ in his band called "The Enterprise,"... View Obituary & Service Information

The family of Dr. Gary Eugene Gramolini created this Life Tributes page to make it easy to share your memories.

Send flowers to the Gramolini family.