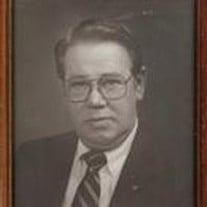 KOCH - John Thomas, son of William and Leona Koch, was born in Hannibal, MO, on January 23, 1931, and passed to eternal life on August 3, 2009. John, an avid golfer, fisherman, gardener and Notre Dame football fan, was devoted to his family, friends and religion. A founding member of St. Bernard's of Clairvaux Catholic Church, he was active as a reader, server, and communion minister. In 1952, after graduation from Quincy College in Quincy, IL, John enlisted in the United States Air Force and spent the majority of his four year enlistment as an instructor in Electronics Countermeasures at Keesler Air Force Base in Biloxi, MS. On July 1, 1956, John joined I.B.M. Corp. as a Field Engineer. His 14 year career encompassed Personnel and Branch Manager positions in St. Louis, MO, White Plains, NY, Jefferson City, MO, and Kansas City, MO. The last 12 years of his career was spent as Field Engineering Branch Manager for Tulsa and the Eastern Oklahoma area. He retired July 1, 1990. On December 27, 1956, John and Mary (Herbie) Barton were married in Quincy, IL. They have two children. A son, John, wife Kristi, and their children James and Kristin of Northborough, MA. Also, a daughter, Laura Sanders, husband Tommy, and their children Sara and Zachary of Broken Arrow, OK. Besides his wife, children and beloved grandchildren, John is survived by a sister, Rita Overfelt of Hannibal, MO; and brothers, James of Austin, TX and Richard of O'Fallon, MO. John was preceded in death by his parents, four sisters and two brothers. The family wishes to express their gratitude to family and friends for their prayers and support during John's lengthy illness. A special thank you to our niece, Mary Randall of Urbana, IL for her unselfish love and assistance. Also, special thanks to Dr. James Bailey and Dr. Thomas Smith for their many years of compassionate medical care. Visitation will be held on Thursday, August 6 from 3 - 8 p.m., at Fitzgerald Southwood Colonial Chapel, 3612 E. 91st Street with a rosary prayed in the chapel at 7 p.m. A Mass of Christian Burial will be held at 11 a.m., on Friday, August 7, at St. Bernard of Clairvaux Catholic Church, 4001 E. 101st Street, with cremation to follow. In lieu of flowers, a memorial remembrance in John's name may be made to St. Bernard's of Clairvaux Catholic Church. Fitzgerald Southwood Colonial Chapel, 918-291-3500, www.southwoodcolonialchapel .com

KOCH - John Thomas, son of William and Leona Koch, was born in Hannibal, MO, on January 23, 1931, and passed to eternal life on August 3, 2009. John, an avid golfer, fisherman, gardener and Notre Dame football fan, was devoted to his family,... View Obituary & Service Information

The family of John Thomas Koch created this Life Tributes page to make it easy to share your memories.

KOCH - John Thomas, son of William and Leona Koch, was born in...

Send flowers to the Koch family.