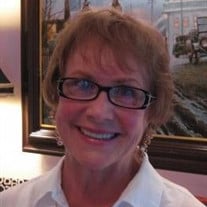 Katherine Inez Magrini was born to Marshall Edward and Inez Jackson on June 16, 1942 in Drumright, Oklahoma. She had five siblings: Christine Perryman, Calvin Jackson, Naomi Chasteen, Marshall Jackson, and Phillip Jackson. Katherine graduated from Central High School in Tulsa with advanced standing in Music, Theory, and Harmony; she maintained a deep affection for music throughout her life. A member of St. John's Episcopal Church, she enjoyed taking part in the choir and in 2018 she donated a Bennett and Giuttari continuo organ in hopes of filling her church home and others' lives with the joy she felt for music. Katherine adored the ebullience of the holiday season, making contributions to the productions of Handel's The Messiah; coaxing her brothers to dress as Santa Clause and provide gifts for the children (even going so far as to have sleigh bells jingle on the roof); and burning letters in gypsies' fires for pot-of-gold-scavenger hunts during St. Patrick's Day. She was an extraordinary woman with a passion for life. At 25, Katherine was the first woman member of both the Tulsa Area Manufacturer's Association and the youngest General Manager of the Barnes Group, Inc.. Katherine owned Gardner Spring, Inc., a 113-year-old spring manufacturing company, that she transplanted from Chicago to Tulsa in the 1960's, and was the sole owner for more than 30 years. She took pleasure in the fact that Gardner Spring, Inc. shared its 100th anniversary with Oklahoma's centennial celebration as a state. Although Gardner Spring, Inc. was the business that was the largest part of Katherine's life, she owned many businesses: a chime company and two dance studios (Arthur Murray and Fred Astaire), in Southern California with her first husband; MaGardni Spring and Washer Inc.; Katherine's Supremes Chocolate (Okie Pow'r Inc.,); Gardner Stock, Inc.; Santa Fe Springs; and Midwestern Metal Finishing Company. Katherine was a founding member of the Committee of 200, which is an invitation-only organization for the world's most successful businesswomen. She was an active member of the Tulsa community as: a member of the 40th anniversary of the Girls Club of America, Inc.; Tulsa Philharmonic Association's entertainment committee; two years on the board of Directors of Tulsa Manufacturing Association; 6 years in active capacity for the Mother's Club of Cascia Hall Preparatory for Boys; patron of Gilcrease Museum Association; President of the Daughters of the King; assistant treasurer for Children's Day Nursery; resident and member of Maple Ridge Association; and a member of the Metropolitan Tulsa Chamber of Commerce. Philbrook Museum of Art was especially important to her. She was the leading hostess for multiple Pacer's perfect settings at Philbrook Museum, a docent, and member of the Master's Society of Philbrook Art Museum Association. She also belonged to several National Associations: Daughter of the Confederacy; associate member of the Trilateral Commission; member of the Statue of Liberty - Ellis Island Foundation, Inc.; American Hardware and Manufacturer Association; Southern Hardware and Manufacturer Association; Spring Manufacturers Institute; an appointed director of CAFCA; member of Central States Industrial Distributors Association; long standing member of Republican National Committee; and a proud member of the NRA (her favorite gun was a 9mm Browning called "The Judge"). She also opposed the death penalty and made many contributions throughout her life to oppose its legislation. Katherine passed away at Cornerstone Hospital on June 3, 2020 surrounded by love and prayers. She was a vibrant woman who was greatly loved by all who knew her. She will be remembered for her vivacious story-telling and philanthropic spirit. Katherine is survived by her son Gordon Todd Skinner, her three grandchildren Morgan, Katherine, and Olivia, and many nieces, nephews, cousins, and friends. Katherine was married to her husband Gary from 1981-1998. Her ashes will be laid to rest beside him at Floral Haven Cemetery in Tulsa. Her funeral will be held at Fitzgerald's Ivy Chapel, 1402 S. Boulder, in Tulsa, and will occur on what would have been her 78th birthday, June 16, 2020. The funeral will be a smaller gathering due to current restrictions, but if you are interested in coming please contact her granddaughter Katherine. The family thanks you for your support. Fitzgerald Ivy Chapel, 918-585-1151

The family of Katherine Inez Magrini created this Life Tributes page to make it easy to share your memories.

Send flowers to the Magrini family.