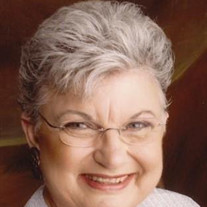 Kathleen Ann (Hudson) Sullivan was born May 21, 1937, to Henry R. and Irene C. Hudson, in Tulsa, Oklahoma. Kathy went to her Lord on March 31, 2022 at Clarehouse Hospice Home. We want to thank all of her caregivers at Hillcrest South and Clarehouse, who gave her the most outstanding and compassionate care anyone could receive. A funeral mass will be held Thursday, 10 a.m. at The Church of the Madelene. In lieu of flowers, donations may be made to The Church of the Madelene, Emergency Infant Services and Clarehouse hospice home. Services are under the direction of Fitzgerald Southwood Colonial Chapel. Between her husband David and Kathy they had four daughters. Kathleen is survived by daughters, Liz (Steve) Skarke, Patricia (Robert) Farmer, Melinda Compton and Lisa (Doug) Carolus; her nine grandchildren, Andrew, Danielle, Bryan, Lauren, Victoria, Meghan, Chad, Brittany, and Haley; seven great-grandchildren; and her best friend, Robert Wann. She is also survived by her beloved six nieces and nephews, Michael, Marguerite, Bridget, Shivaun, Shawn and Timothy. Kathy was preceded in death by her husband, David Sullivan; son, Paul Klein; daughter, Katherine Klein; sister and brother in-law, Alice and Michael Brennan; and parents, Henry and Irene Hudson. She and David moved to Zephyrhills, Florida, where he had grown up, to be closer to his elderly parents. Kathy became a successful real estate broker and David was a skilled and experienced pilot, which led to build a thriving fixed based operation ("FBO") and charter service, carrying the terminally ill home to their families and transporting doctors and nurses with organs for transplant to those in need . After David's unexpected death, Kathy continued to run the business while continuing to excel as a real estate broker and leader in the Florida state realty community. She later sold the FBO to the City of Zephyrhills and continued with her chosen profession until retirement. Before Kathy's retirement, she was diagnosed with a deadly and usually fatal cancer. But her oncologist's aggressive treatment, (Scott Cole, M.D.), beat it into submission. Thank you, Dr. Cole and your amazing staff, for giving her more time with us. Up until the Covid-19 pandemic, Kathy split her time between her homes in Zephyrhills, Florida and Tulsa, Oklahoma. She loved volunteering for non-profits in Florida and Emergency Infant Services in Tulsa, until health challenges made it difficult to continue with those passions. Thank you to her friends and staff at Bellarose who got her through the shutdown and life. We loved mom's spunk and spark, even if she sometimes drove us nuts and frustrated us with her Energizer Bunny attitude and determination. She refused to slow down despite any challenges thrown at her. She was forever "the teenager" who just wanted to have fun (the moniker her daughters gave her). At the beginning of the pandemic, with no warning, her senior community was locked down. Kathy was allowed to go to her scheduled doctor's appointment with no deviations. Of course "the teenager" just had to break the rules, and her drive back to her apartment included a forbidden stop at Braums for a chocolate milkshake. Her bragging about it earned her a two week quarantine which, of course, she could not understand. She kept insisting she had permission. We kept telling her "just for the doctor". (See what we mean by "the teenager"?) That excuse would never have flown when we were teenagers. Many conversations between her daughters began with "what did the teenager do this time?". Kathy was a constant joy and challenge to us, but, we loved her so much! We will miss her so much! Kathy made sure we knew her wishes ahead of time and she gave us the greatest gift by waking up and making sure her doctors and nurses knew them as well. She let us know she was ready to go home to the Lord and was not afraid. We will not second guess ourselves because of that gift and we take solace in the knowledge she is with her husband, sister, parents, children, and all of those who went before her. Mom, we'll see you again in heaven. Fitzgerald Southwood Colonial Chapel, 918-291-3500

Kathleen Ann (Hudson) Sullivan was born May 21, 1937, to Henry R. and Irene C. Hudson, in Tulsa, Oklahoma. Kathy went to her Lord on March 31, 2022 at Clarehouse Hospice Home. We want to thank all of her caregivers at Hillcrest South and Clarehouse,... View Obituary & Service Information

The family of Kathleen Ann Sullivan created this Life Tributes page to make it easy to share your memories.