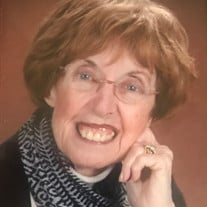 Kay Frances (Frawley) Duffy was born November 16, 1944 in Washington, DC to James D. and Bette (Gartner) Frawley. Kay passed peacefully in her sleep Wednesday, July 21, 2021 after a long illness. Kay graduated from Monte Casino, Tulsa in 1962. She attended the University of Pittsburgh where she was Tri-Delta sorority chapter president, obtained her BA, and, most importantly, met F. Daniel Duffy. Kay and Dan married on July 9, 1966 at Christ the King Church in Tulsa. Their married life started in Philadelphia, PA, where Kay worked at Pennsylvania Bell Telephone and Dan attended medical school. The couple returned to Tulsa in 1968 where their son, David, was born while Dan completed his internship at Saint John Hospital. In 1969, Dan and Kay moved to Oklahoma City so Dan could complete his medical residency at the University of Oklahoma Oklahoma Health Sciences Center. There, Kay began her lifelong career as an interior designer. In 1973, the family moved to Portsmouth, Virginia so Dan could serve in the U.S. Navy. While there, Kay expanded her interior design career with restaurants in Virginia Beach. Returning to Tulsa in 1976, Kay joined the Junior League of Tulsa and founded Kay Duffy Interiors. Highlights of her distinguished career included decorating the Oklahoma governor's mansion, which was later featured in Architectural Digest. In 1996, she and Dan moved to Bryn Mawr, PA. For Kay, she longed to return home to Tulsa, which they did in 2006. Kay and Dan were members of Saint Mary's Parish and the Summit Club. Kay loved time with family, friends, television, movies, reading, beautifying spaces and her Shih tzus. She was less fond of the family sailboat, the lake generally and travel, although she traveled a lot. Kay was preceded in death by her parents James Frawley and Bette Frawley Frazee. She is survived by her son J. David Duffy, daughter-in-law, LaDonna Taylor, two grandchildren, Cian Duffy and Niamh Duffy of Park Ridge, IL, her sister, Linda Stephenson, brother-in-law, E. J. Stephenson of Tyler, TX, nephew, James Stephenson, of New Orleans, Louisiana and brother, David Frawley, and his partner, Svetlana Shabanova, of New York City. A Mass of Catholic Burial will be said at 10:30 a.m. Tuesday, July 27, at the Church of Saint Mary, 1347 East 49th Place, Tulsa. In lieu of flowers, friends may contribute to SmileTrain, Church of Saint Mary, or the OU Foundation for the School of Community Medicine. Fitzgerald Ivy Chapel, 918-585-1151

The family of Kay Frawley Duffy created this Life Tributes page to make it easy to share your memories.

Send flowers to the Duffy family.