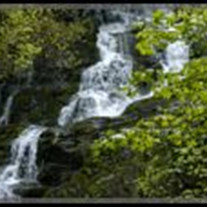 Kevin Murray McMillan, 63, of Tulsa, passed away on February 2, 2022, after a long illness. Kevin was born to Murray and Jo Dell McMillan on October 10, 1958, in Tulsa. He graduated from Central High School where he met his future wife, Nancy Murphy. He received a Finance degree from the University of Oklahoma. Early in his career, Kevin worked on a "run-away projects" team with Main Hurdman, resuscitating IT jobs that were overdue and over budget. As an IT Analyst, he worked for Amerada Hess, Williams, and AT&T in Tulsa, as well as consulting for companies in Cincinnati, Houston, St. Louis, Kansas City and New Orleans. In 1985, he married Nancy Murphy and together they raised four children. Kevin was a deeply devoted man of faith and was committed to his family. He had a lifelong love of sports, from playing baseball as a youth to cheering on the Sooners. He loved sharing his passions and knowledge as a soccer coach, archery instructor, St. Pius Chess Club founder, and canoe instructor. Kevin's involvement in the community went beyond his children's participation. He supported a Bishop Kelley pep band by playing trumpet as an adult and enjoyed his gig as a football and soccer commentator for Bishop Kelley TV even after his youngest son graduated. Music was a constant in Kevin's life. He studied classical piano at a young age and marched in the Central High band. His children have fond memories of dancing in the living room while he played piano and all four of them went on to play instruments. He had a song for every occasion - preschool graduations, fatherly advice, and soccer warmups. Music moved him, and he knew how to move others with a song. After experiencing a hurricane in New Orleans, Kevin served in the Red Cross in St. Louis and Tulsa. He also volunteered for Kiwanis and Knights of Columbus activities. He was preceded in death by his parents, brother Kelly, and beloved grandmother Loudell Hall. Kevin is survived by his wife, Nancy; daughters Kimberly Greuel (Michael), Becky Christanto (Rully), sons Kevin McMillan, Andy McMillan (Lindsey); grandchildren Bailey, Colton, Emmalyn, and Logan Greuel, Miki and Milo Christanto; sister Debi Thompson and brothers, Joe McMillan and Michael McMillan; mother-in-law Milly Murphy; sisters-in-law Martha Lamm (Rob), Judy Givens, Janice Murphy, Betty O'Connor (Joe),and Joyce Powers (Jim); brothers-in-law Bill Murphy (Jolene), John Murphy (Shannon); and many nieces and nephews. Rosary and Memorial will be Sunday, February 13th, at 7:00 p.m. Funeral services will be February at 14th at 10:00am. Both services will be at Christ the King Catholic Church, 1520 S. Rockford Ave., in Tulsa.

Kevin Murray McMillan, 63, of Tulsa, passed away on February 2, 2022, after a long illness. Kevin was born to Murray and Jo Dell McMillan on October 10, 1958, in Tulsa. He graduated from Central High School where he met his future wife, Nancy... View Obituary & Service Information

The family of Kevin M. McMillan created this Life Tributes page to make it easy to share your memories.

Kevin Murray McMillan, 63, of Tulsa, passed away on February...

Send flowers to the McMillan family.