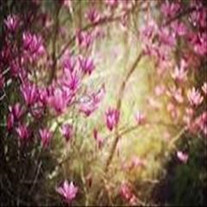 Lynette (Williams) Hancock, 78, of Tulsa, passed away peacefully at home on Wednesday, June 22, 2022, after a short battle with cancer. She was born on D-Day, June 6th, 1944 in Los Angeles, CA. She was the first of three children born to Ruth... View Obituary & Service Information

The family of Lynette Hancock created this Life Tributes page to make it easy to share your memories.

Send flowers to the Hancock family.