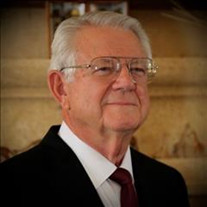 Amazing husband, father, grandfather, son, brother, friend, boss, colleague, and human being left this material world to join his departed friends and family in Heaven on Sunday evening, December 13, 2020, at the age of 82. Born on July 16, 1938 on a small farm in Marshall, Missouri, Melvin shared a loving childhood with his parents Louis and Mary Spreitzer and his 8 brothers and sisters (Katherine, Raymond, Margie, Shirley, Joan, Barbara, Don, and Joyce). Melvin mused that he would walk a mile in the snow every day to the schoolhouse (uphill both ways) after having woken in the wee morning hours, milked the cows, gathered eggs, tended to the fields, and eaten an 8-egg breakfast. When their home burned down around the age of seven, the family of 11 lived in a shed on the farm. Melvin helped cut the trees to be used as lumber for their new home, which he helped build with his own hands. Always good with his hands, Melvin honed those mechanical skills as a carpenter, electrician, plumber, and farmer willingly sharing those skills as a willing and ready handyman for his friends and family. Melvin's work ethic endured as he moved to Kansas City as a young man to attend Rockhurst College at night while working a full-time job and teaching accounting at the community college. He obtained his Accounting degree and as well as his Certified Public Accounting Certificate. In the cafeteria line at Panhandle Eastern Pipeline Company, he met his future wife Rita, and wooed her with his knowledge of wine. They later married in 1965 and had 4 children, Catherine, Mark, Glen, and Kristy. Melvin served in the Air Force Reserves from 1961 - 1965. Melvin was a devoted Catholic all his life, and he even entertained the idea of joining the priesthood. Luckily for his wife, children, and grandchildren, he chose marriage as his vocation. The "Chevy Chase" of National Park vacation tours, Melvin ushered his family of six in a station wagon and camper thousands of miles in annual 3-week vacations as evidenced by countless National Park sign photos with reluctant family participants. "On the Road Again" was the family theme song as we pulled out of the driveway each summer. Melvin's wry sense of humor scared away many an unfit suitor for his children. Anyone who could withstand the teasing and torment was definitely a keeper. His dry wit was beloved by many, and he always left an indelible impression on those he met. Melvin spent most of his work life at Willbros Group, Inc., an international pipeline construction company based in Tulsa, Oklahoma. After 28 years, he retired in December of 2001 from his post as Chief Financial Officer. He continued consulting work in Houston and Phoenix, which led him to fall in love with Scottsdale, AZ. Their vacation home in Scottsdale became their permanent home in his remaining year of life. Melvin loved the climate and natural beauty of his surroundings, and he loved collecting artwork inspired by his faith and by his love of western and native culture. As Melvin was battling lung cancer, he had the opportunity to interact with many health care heroes. When they saw Mel coming, he was welcomed with open arms and an expectation of joyous and raucous banter. He stubbornly outlived his 2-year prognosis for another three years, never going gently into that good night. His unwavering faith served to comfort him in his later illness, falling asleep every night with his rosary beads in hand. Melvin had the rare opportunity to prepare for the end of life. He enjoyed visits from his children and grandchildren, despite the pandemic, up until his last week on Earth. He is survived by his loving wife, Rita Spreitzer, his children, Catherine Patrick and her husband, Mike, Mark Spreitzer and his husband Pete Peters, Glen Spreitzer and his wife, Monica, and Kristy Griffith, and her husband, Scott, and his grandchildren, Amber and Jacob Patrick, Declan and Keaton Spreitzer, and Lily and Levi Griffith, and his brother Don Spreitzer and sister Joan Dale, both of Overland Park, Kansas, Margie Butts and Joyce Garrison, both of Marshall, Missouri, Barbara Norconk of Traverse City, Michigan. He was preceded in death by his sisters, Katherine Brumit, and Shirley Adcock, and brother, Raymond Spreitzer. His nieces and nephews, great nieces and nephews, and loving friends are too numerous to name, but will not be forgotten. Socially distanced and masked viewing will be held at Fitzgerald Southwood Colonial Chapel, 3612 East 91st Street South, Tulsa, Oklahoma, 74137 from 5:00 pm - 7:00 pm on Tuesday, December 29, 2020. Rosary immediately following at 7:00 pm. Socially distanced and masked Funeral Mass will be held at St. Bernard of Clairvaux Catholic Church, 4001 East 101st Street, Tulsa, Oklahoma 74137 at 12:00 pm on Wednesday, December 30, 2020. He will be laid to rest at Calvary Cemetery at 9101 South Harvard Avenue, Tulsa, Oklahoma, 74137. In lieu of flowers, please direct your donations to Catholic Charities, or the charity of your choice.

Amazing husband, father, grandfather, son, brother, friend, boss, colleague, and human being left this material world to join his departed friends and family in Heaven on Sunday evening, December 13, 2020, at the age of 82. Born on July 16,... View Obituary & Service Information

The family of Melvin Francis Spreitzer created this Life Tributes page to make it easy to share your memories.