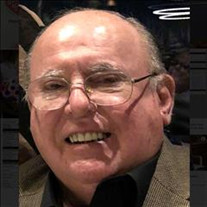 Peter Janos Zilahy departed this life to meet his Savior on November 15, 2021. He was born on November 28, 1938 to Pal and Juliana Zilahy in Budapest, Hungary. He was one of ten children, with his parents and four of his siblings having pre-deceased him. He was a Freedom Fighter in the 1956 Hungarian Revolution and escaped to Austria as the Soviet Union took control of Hungary. Once he made his way to freedom, he played semi-professional and professional soccer in Germany, eventually coming to the United States, where he played soccer in Los Angeles and New York. He enlisted in the United States Army and was chosen to play on the select soccer team of the United States Army. He travelled the world with this elite soccer team and played in Wembley Stadium, Senegal, and throughout the world. He loved playing and coaching soccer and spent decades finding some of his most meaningful friendships on the soccer fields. He was in the construction industry by trade and worked on many of the commercial buildings throughout New York. Once the construction industry struggled in the late 1970s, he moved his family to Houston, Texas. There, he was employed by the City of Houston and was the first International Conference of Building Officials (ICBO) certified building inspector in Houston, Texas. He took great pride in his work. He never met a stranger and was the consummate people person. What he loved most in this life and held most dear was his family. He is survived by his wife of fifty-two years, Catherine Zilahy, along with his children and grandchildren, Catherine (Andrew and Scarlett); Cynthia (William and Matthew); and Peter and wife Eve (Julianna, Elliot, Caroline, and Alice). The family wishes to thank the Tulsa Fire Department, Station 6; Season's Hospice (Todd Webb); and Trusting Hands Home Health Care (Gloria, Anna, and Thanh). The family also wishes to thank Dr. Johnathan Ledet, M.D. for his kindness and compassion to Peter. Having lived in poverty and food scarcity for so much of his young life following World War II and the inception of communism, the family requests that in lieu of flowers donations be made to the Community Food Bank of Eastern Oklahoma with the Backpack Program and Peter Zilahy in the memo line.

Peter Janos Zilahy departed this life to meet his Savior on November 15, 2021. He was born on November 28, 1938 to Pal and Juliana Zilahy in Budapest, Hungary. He was one of ten children, with his parents and four of his siblings having pre-deceased... View Obituary & Service Information

The family of Peter Zilahy created this Life Tributes page to make it easy to share your memories.

Peter Janos Zilahy departed this life to meet his Savior on November...

Send flowers to the Zilahy family.