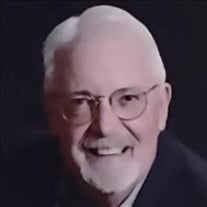 Randy Timms, age 67, died on October 12, 2021, in Memphis, TN. Randy was born on December 22, 1953 in Kankakee, IL, to parents Richard A. and Viola E. Timms. He graduated from Hersher High School in the class of 1972. In 1976, he married Judith A. Hebert Timms. In 1981, they moved to Oklahoma and accepted a position as a truck driver for the USPS, where he worked for more than 40 years. Randy was deeply involved in his wife and daughters lives for the majority of his life. He enjoyed camping, traveling, motorcycles, and building classic cars. His family and friends will always remember him as a good hearted, very strong willed person. He is survived by his daughter Jaime L. Johnson, and husband James (of Centerton, AR), their children, Hunter R. Johnson (of Centerton, AR.), Brayden P. Timms-Johnson (of Tulsa, OK), Henry J. Johnson (of Centerton, AR), his step son Anthony Bingham (of Mount Juliet, TN.), sister-in-law Janet Hafke (of Tigard, OR). Brothers-n-law Dan Hebert and wife Teresa (of Bradley, IL) Don Hebert (of Kankakee, IL), a niece and 2 nephews, Chad M. Hebert (of Wellington, FL), Meagan D. Sizemore (of Clearwater, FL), and Casey R Maass (of Longmont, CO). He is preceded in death by his parents and wife Judith A. Timms. A rosary will be held 7 p.m. Wednesday, November 3 and a funeral mass is scheduled for 11a.m. Thursday, November 4 both at St. Bernard's Catholic Church in Tulsa. Flowers and/or memorial donations can be sent to Fitzgerald Southwood Colonial Chapel, Tulsa

The family of Randy Timms created this Life Tributes page to make it easy to share your memories.

Send flowers to the Timms family.