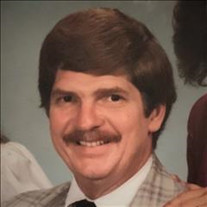 Daniel Richard "Rick" Funk, 75, of Tulsa, Oklahoma, passed from this life on Thursday, March 25, 2021. He was born in Philadelphia, Pennsylvania on January 6, 1946, the son of Richard and Minnie (Johnson) Funk. He graduated from Lehigh University in 1967 with a Bachelor's Degree of Science and Business Administration. He then obtained his Master's Degree in Business Administration from Lehigh University in 1968. He went on to graduate Cum Laude from Dickinson School of Law in 1973 and became a member of the Pennsylvania Bar Association that same year. His career as an attorney began as a member of the law firm Eckert, Seamans, Cherin & Mellott, in Pittsburgh, Pennsylvania from 1974- 1987. During that time, he met, and married the love of his life, Lynette Gregor. In 1988 he became a member of the Oklahoma Bar Association, retiring in 2013 from the law firm of Conner & Winters. He was admitted to practice before the Supreme Court of the United States as Attorney & Counselor in 1978. He was also named to the Supreme Court of Nevada in 2008. He had a long-standing love, and respect for the law, and was the former son-in-law to the late Supreme Court Justice, Harry Blackmun. Rick was an avid University of Pittsburgh, and Pittsburgh Steelers football fan. He also enjoyed golfing. His passion for golf led to his being the Director of Cedar Ridge Country Club from 2002-2003, then serving as the Club's President in 2004. He is survived by his wife of 44 years, Lynette Funk, children; Daniel Funk, of Tulsa, Oklahoma, and daughter, Tracy Sundberg, and her husband, Jeff, of Las Vegas, Nevada, grandchildren; Gabrielle and Victoria Sundberg, and Oskar Funk, sisters; Shirley Mason, Carol Arnold, and brother, Terry Funk. In lieu of flowers, the family asks that memorial donations be made in Rick's name to Clarehouse, 7617 S. Mingo Road, Tulsa, Oklahoma 74133.

Daniel Richard "Rick" Funk, 75, of Tulsa, Oklahoma, passed from this life on Thursday, March 25, 2021. He was born in Philadelphia, Pennsylvania on January 6, 1946, the son of Richard and Minnie (Johnson) Funk. He graduated from Lehigh University... View Obituary & Service Information

The family of Daniel "Rick" Funk created this Life Tributes page to make it easy to share your memories.