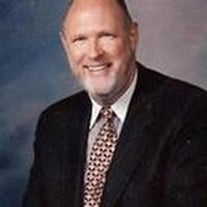 AIKMAN, Robert Howard M.D., CM, “Dr. Bob” 69, passed away Saturday, December 12, 2009 in Tulsa, OK. He was born August 12, 1940 in Manhattan, NY to Edward P. Aikman and Jet Black who preceded him in death. He immigrated to Canada in 1951 and to the U.S. in 1979. He received his Bachelor of Science degree and Medical degree from McGill University in Montreal and also received his certification in Midwifery. He was also a graduate of RHEMA in Tulsa. He was a Fellow of Royal College of Surgeons and American College of Obstetrics and Gynecology in Canada. He was a member of Canadian Medical Association, Quebec Medical Association, American College of Obstetrics and Gynecologists, Royal College of Surgeons of Canada, Society of Adolescent Medicine, Hawaii Medical Association, American Medical Association and Society of Obstetricians and Gynecologists of Canada. Dr. Bob came to Tulsa in 1981 to join ORU Medical Center as the Chief of Staff of the Department of Obstetrics and Gynecology. He later established his own practice, BIRTH, Inc. Dr. Bob dedicated his 45 year career to the care of women and their unborn babies. His interests included Military history, Member Company of Military Historians, Miniature Figure Collectors of America, backpacking, and tennis. He is survived by; wife, Barbara Aikman, Tulsa, OK; sons, David Aikman and wife Anne, Geneva, Switzerland and Zachary Aikman, Redmond, WA; daughters, Jennifer Aikman-Smith and husband Nick, Moncton, New Brunswick, Laurie Aikman-Takagaki and husband Yoshi, Tokyo, Japan, Kimalynn Aikman, Kristen Thompson and Bo Wakley and Karen Von Moses, all of Tulsa, OK; and grandchildren, Erin, Bethany, Kaylee, Juliette, Owen and Lilly. A Mass will be held 10:00am Friday, December 18, 2009 at All Saints Pro-Cathedral and a Memorial service for friends and colleagues will be held 10:00am Saturday, September 19, 2009 at World Outreach Church, 8863 E. 91st St.. The family requests memorials to a favorite charity in memory of Dr. Bob. Fitzgerald Southwood Colonial Chapel, 918-291-3500. www.southwoodcolonialchapel.com

The family of Robert Howard Aikman, M.D., C.M. created this Life Tributes page to make it easy to share your memories.