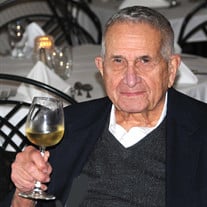 Robert Melvin Shepard, Jr was born at midnight, January 1, 1919 in the family home in Kemper County, Mississippi. When his father returned from serving as a medical officer in France during WWI, the family moved back to Talahina, Oklahoma. Robert graduated from Tulsa Central High in 1935. He studied premed at The University of Oklahoma and then graduated from Tulane University School of Medicine in New Orleans in 1941. After his internship at Charity Hospital, New Orleans, he served as a WWII flight surgeon and was discharged with rank of Major. Upon his return home from service, Robert completed his surgical residency at Charity Hospital. He then established a private practice of general and thoracic surgery in Tulsa from 1950 until 1983. He served as president of the Tulsa County Medical Society and was Chief of Staff of St. John Hospital. He was awarded many honors, including Doctor of the year in 1985. In 1997 a $1,000,000 Shepard-Thompson-Clingan Chair of Surgery was endowed at The University of Oklahoma, Tulsa. Robert married Eleanor Garnet Handlin of New Orleans on May 11, 1946. They were married for 61 years until Eleanor's death in 2007. They have four children, Robert Shepard and wife Billie of Helena, Montana, Gayle Henley (deceased), Carolyn Balson and husband Ken of El Reno, Oklahoma, and Tom Shepard and wife Pam of Gulf Shores, Alabama. He has nine grandchildren and 15 great-grandchildren. After retirement, Robert remained active pursuing his many hobbies including international travel, photography, playing the piano, tennis, swimming, genealogy, chess, and bridge. He had a keen intellect and was a voracious reader. In 2003 he moved to Inverness Village in west Tulsa where he lived independently and enjoyed an active life with his many friends including his significant other Millie Clark. Robert passed away on September 24, 2021 after a brief illness. A celebration of his life will be held at Inverness Village Founders Room, 3:00 PM, on Thursday, September 30. Please honor Robert with a memorial donation to the charity of your choice. Fitzgerald Ivy Chapel, 918-585-1151

Robert Melvin Shepard, Jr was born at midnight, January 1, 1919 in the family home in Kemper County, Mississippi. When his father returned from serving as a medical officer in France during WWI, the family moved back to Talahina, Oklahoma. Robert... View Obituary & Service Information

The family of Robert Melvin Shepard, Jr. created this Life Tributes page to make it easy to share your memories.

Send flowers to the Shepard family.