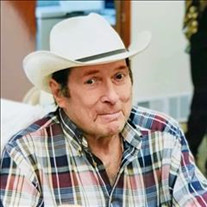 Roger Eugene McElroy, 79, was called Home on July 22, 2020. His work here is completed. He was born on the family farm outside of Randall, KS to William Finley (Bill) and Mildred Marie Wallace McElroy on September 27, 1940. Roger was preceded in death by his parents and one granddaughter, Sheldon Lianne Posey. Those left to cherish his memories are his 4 children: Curtis McElroy of Tulsa, OK, Greg McElroy of Randall, KS, Gina (Eric) Fox of Rockwall, TX, and Kimi McElroy-Posey of Amarillo, TX; His 2 siblings: Donald (Beulah) McElroy of Ellis, KS and Diane (Bill) Edwards of Bloomington, IL; His 8 grandchildren: Kelli (Richie) Breaux, Stella McElroy, Cassie (Gavin) Cole, Shayden (Brandon) Cowan, Wyatt Posey, Max Fox, Matt (Karla) Lisle, and Cheyenne Lisle; His 11 great-grandchildren: Hayden and Elsie Breaux, Abigail, Kylie, Karsen and Brycen Cowan, Emmett and Reese Cole, Zachary and Alice Lisle, and Lillian Parker-Posey; and many other family and friends. Roger spent his childhood helping with the family farm. As soon as he was old enough, he traveled each summer with his dad's Custom cutting crew, beginning in Oklahoma, they cut their way to North Dakota, returning home in time to attend the Belleville State Fair. Roger attended school in Randall where he played football during high school. His senior year was the only year when he and his siblings were all in school together. His brother Donald was a freshman and his baby sister Diane was in first grade. After he graduated in 1958, he enrolled at K-State University, where his parents attempted to curb Roger's preference to party by sending him to college without a vehicle. However, being the resourceful young man that he was, he quickly purchased an old Harley motorcycle. When the weather became too cold he traded for an old Studebaker. K-State, not being too thrilled with Roger's scholastic performance, placed him on probation. This apparently motivated Roger as he completed his second year at Fort Hays State University, making the Dean's Honor Roll. Deciding college was not for him, Roger moved to California to work in construction with his Uncle John Reystead. It was in California where Roger became a father with the birth of his son Curtis Eugene on Jan 8, 1962. Less than a year later, he returned to Kansas and soon after welcomed the birth of his second son, Gregory Alan on January 31, 1963. He was the manager at Co-op elevators for several years during which time his family doubled with the births of two beautiful daughters, Gina Susanne on October 16, 1966 and Kimi Lynn on December 4, 1970. Roger moved his family to Johnson, KS in 1972, where he was the manager of Collingwood Grain and eventually started his own business. While living in Johnson, Ks he achieved one of his greatest dreams when he earned his pilot's license and purchased his Cessna Skylane 182. He was a member of the Flying Farmers Association. As the years flowed by, no matter what business Roger was involved in, it always was centered around a desk, a phone and a notebook. Before retiring, he was involved in the business of buying and selling junk grain, which he ran from his home in Canyon, TX. In 1987, Roger became a grandfather with the birth of his first grandchild, Kelli BriAnn Elizabeth. Over the years he was blessed with 7 more grandchildren and 11 great-grandchildren. Roger approached life and his work with vigorous tenacity. But the role he valued most was that of a father, grandfather and great-grandfather. He always remembered birthdays, making sure to send a card with money and a phone call. At Christmas he would always have a special gift for the grandkids. He cherished his family and always made sure everyone was safe and taken care of at the end of each day. He loved to read the newspapers, including the Jewell newspaper and was always up to date on current events. A resilient man; some would say he had 9 lives. Roger survived everything from lung cancer, brain surgery, hip replacement, years of severe COPD, and fought off pneumonia a multitude of times. His health challenges had a silver lining in being that he got to see his grandkids and great grandkids. First, with a move to Rockwall, TX where he lived for several years with daughter, Gina. Then in 2017, he moved to Tulsa, OK to live with son, Curt. If you met Roger, you never forgot him. He would give you the shirt off his back and his last dollar to anyone in need. Everyone was welcome in his home no matter what, his door was ALWAYS open. He took time out every single day to call his kids. Even in his last days he was still picking up that phone and calling them, checking on everyone else to make sure they were okay. You could always count on Roger to tell it to you straight, whether you wanted to hear it or not and usually he was right. His children and grandchildren knew if they lived in his house, you got up at sunrise- No matter what. His work ethic and love for his family will never be forgotten. Motto: If McElroy is up, Everyone is Up. Funeral Services will be held at Randall Community Church in Randall, KS on August 3, @ 11:00 AM, with graveside service and reception to follow. Pastor Dan Daniels will be officiating. Burial will be at the Randall Cemetery. Services are under the care of Fitzgerald Funeral Home of Tulsa, OK. Floral arrangements should be ordered locally from Given Grace Florals, Boloit, Kansas, at 1(785)534-1205. We welcome you to sign the digital register book and share your memories at www.fitzgeraldfuneralservice.com

Roger Eugene McElroy, 79, was called Home on July 22, 2020. His work here is completed. He was born on the family farm outside of Randall, KS to William Finley (Bill) and Mildred Marie Wallace McElroy on September 27, 1940. Roger was preceded... View Obituary & Service Information

The family of Roger Eugene McElroy created this Life Tributes page to make it easy to share your memories.

Send flowers to the McElroy family.