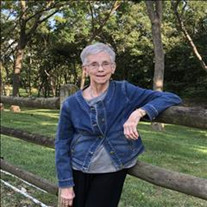 Sheila Reilly Dixon, 84, formerly of Duncan, passed away peacefully in Tulsa on June 17, 2021. Rosary service will be held at 7 p.m. on Wednesday, June 23, and a Funeral Mass at 10:00 am on Thursday, June 24, both at Christ the King in Tulsa. Sheila was born in Tulsa, Oklahoma on March 13, 1937 to John and Marjorie Markham Reilly. She graduated from Holland Hall and then spent two years at Rosemont College before attending the University of Oklahoma where she was a member of Pi Beta Phi. She was introduced to a precious red headed young man while she was there who would soon become the love of her life. She graduated from OU with a BA in English in 1958. She married the cute redhead, Richard Dixon, in 1960. She was awarded a fellowship in publishing procedures from the University of Oklahoma Press. She spent several years as an editor for the OU press and later worked on a freelance basis. Sheila retired to raise her two children, but when they became teenagers, she returned to work as a proofreader for Halliburton's Graphic Services and then became the Lifestyle Editor for The Duncan Banner. In 1982, Sheila was named executive director of the United Way of Duncan. In 1995, Sheila retired for good to be a full-time grandmother to her 5 granddaughters. She continued to volunteer in all sorts of community activities. Sheila was involved in Hestian Study Club, Pi Beta Phi Alumnae Club, Chapter BK of P.E.O. Sisterhood, Chisholm Trail Arts Council, Simmons Center Community Advisory Council, Duncan Regional Hospital Friends Council, Duncan Regional Hospital Health Foundation, Assumption Catholic Church Parish, Duncan United Way, Fallfest and the Community Concert Association. In 2001 she was awarded the Duncan Chamber of Commerce Woman of the Year award. She is survived by her son, Dr. Jeff Dixon, and his wife Siobhan and their daughters Dr. Aryn Dixon, Eilise Dixon and Bridget Dixon. Also, her daughter Valerie Dixon Shortridge and her husband Kent Shortridge and their daughter Taylor A. Blevins, husband Taylor B. Blevins, and daughter Sydney Shortridge, and many other loved ones. Please honor Sheila's memory with a donation to the Simmons Center Foundation in Duncan, Duncan Regional Hospital Health Foundation, or to Rescued N Ready Animal Foundation in Tulsa.

Sheila Reilly Dixon, 84, formerly of Duncan, passed away peacefully in Tulsa on June 17, 2021. Rosary service will be held at 7 p.m. on Wednesday, June 23, and a Funeral Mass at 10:00 am on Thursday, June 24, both at Christ the King in Tulsa.... View Obituary & Service Information

The family of Sheila Reilly Dixon created this Life Tributes page to make it easy to share your memories.

Send flowers to the Dixon family.