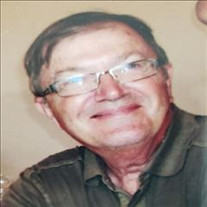 Stanley Pierce Doyle was born in Youngstown, Ohio on August 26, 1939 and died in Tulsa, Oklahoma on April 7, 2021. In 1941, His parents Oliver Ambrose and Mildred Eleanor and his siblings travelled west to find new opportunities. On December 7, with the US entering the war, the Doyle family settled in Tulsa. Stanley (or Stosh, as his mother called him) grew up in North Tulsa and eventually attended Cherokee Junior High and Central High School, class of 1957. When his family lived in Hobbs, NM, 11-year-old Stan started work at the neighborhood hamburger stand and gas station. He later moved on to selling wallets out of the trunk of his old Pierce Arrow while attending high school. Stan became a masseur in the Downtown Tulsa YMCA across from the courthouse where he met every judge and lawyer in the area. He was sponsored to attend the University of Tulsa as an undergraduate and later attended the School of Law. He became the first Editor-in-Chief of the Tulsa Law Journal in 1964 and the first Business Manager for the Nimrod Literary Journal. In 1975, he earned a Master of Law degree from New York University. Stan met the love of his life, Catherine Edmiston, at the University of Tulsa and they married on October 15, 1960. Catherine and Stan raised seven sons: Daniel, Kevin, Brian, Jon, Thomas, Stanton, and Vinson. One more son, Conor, died in childbirth. Catherine was a second-generation parish member of Christ the King, and Stan, having converted to Roman Catholicism in order to marry her, occasionally attended, as well. Stan was friends with a priest or two in his life, perhaps threatened a few more, but, ultimately, resolved things with the conversion of Catherine Doyle Ranch into Our Lady of the Clear Creek Monastery in Hulbert, Oklahoma. Stan had a passion for building things. He revived two historic Riverside mansions, the Patrick Hurley home and the McBirney mansion. He was a great collector and restorer of old automobiles and loved nothing more than taking a giant machine apart. There always seemed to be a project that required full family participation. Walls of all kinds, gazebos, barns, implement sheds, small houses, large houses, miles of fence, complete home remodels. Later, his interests turned to woodworking and resulted in many heirlooms for his children and grandchildren. But all of it was about being with his family. He built a ranch where his children and their families could be together. He excelled at holidays and hosted annual parties for his extended families. He initiated more than one reunion. He engineered last-minute, mandatory road trips. He drove 6 kids under fourteen years old in a sedan to Idaho for a week-long horsepacking trip. He was a sideline coach and constant support for anyone who would join his family. He was one of the funniest people alive and more than once stood up in public in defense of a stranger. He used his quick wit to make strangers feel like family. He was sparing but pointed with his advice and generous to all with whom he was acquainted. Occasionally flamboyant, mostly humble, he could employ cold logic and let loose fiery passion. He gave no quarter to nonsense. He could weave awesome tapestries of profanity. All of which made him an excellent, if formidable, husband, father and attorney. Stan Doyle was the principal of Doyle and Harris, LLP and several other firms in his name. He was instrumental in the acquisition of Kaiser Steel (1985) and in the settlement of the 24-year-long Home-Stake Production Co. case (1996). In a legendary flourish, Stan frustrated the establishment of the Hidden Valley Landfill in 1999 by establishing the yet unincorporated company himself and rejecting the permit. However, Stan always said his best accomplishment was raising, with his beloved Catherine, seven boys who became highly respected, loved and successful young men. Stan (Dad, Pop, Grandpa, Papa, Little Papa, Papapaw and Ole Boy) is preceded in death by his parents, his brother, Richard, his son, Conor, and his wife, Catherine. He is survived by his sisters, Diane Hassell (Don) and Gwendolyn Reno (Bill); his sons, Daniel Barton (Lisa), Kevin Pierce (Karlyn), Brian Anthony (Angela), Jon Conry (Li), Thomas Brennan (Randee), Stanton Keith (Kelly) and Vinson Patrick (Christina); his grandchildren, Catherine, Ryan, Connor, Cole, Kegan, Brennan, Abbey, Sara, Rhys, Nicole, Ethan, Dolly, Linus and Ellis; his first great grandchild, Sawyer; and a wide network of nieces and nephews. Stan will be buried in a private ceremony at Calvary Cemetery in Tulsa, Oklahoma. In lieu of flowers, please make a donation in his name to the Community Food Bank of Eastern Oklahoma or, if you really want to annoy him, the Bob Dylan Center in Tulsa, Oklahoma. Fitzgerald Ivy Chapel, 918-585-1151

Stanley Pierce Doyle was born in Youngstown, Ohio on August 26, 1939 and died in Tulsa, Oklahoma on April 7, 2021. In 1941, His parents Oliver Ambrose and Mildred Eleanor and his siblings travelled west to find new opportunities. On December... View Obituary & Service Information

The family of Stanley Pierce Doyle created this Life Tributes page to make it easy to share your memories.

Stanley Pierce Doyle was born in Youngstown, Ohio on August 26,...

Send flowers to the Doyle family.