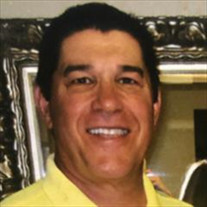 Steve was born March 8, 1947 in Kewanee, Illinois, to his parents, Joseph and Helen Spanich. The younger of their two children, Steve, excelled in sports and was a high school all American in basketball and baseball. Steve attended the University of Illinois on scholarship and later transferred to Quincy college where he met the love of his life, his wife Terri. They married May 30, 1970 and Steve spent the rest of his life with Terri. Steve was an educator for most of his adult life, working as a teacher, coach, principal and athletic director. He taught, coached and directed for more than forty years. While passionate about education and his opportunity to serve as a Pastor at Victory Christian Center, his heart beat truest and strongest for his family and the Lord. His discipline and dedication led to his three daughters following in his footsteps in education, while his three sons pursued business banking and law. Steve's family now includes six children, 16 grandchildren and two great-grandchildren. Steve was ready to give anything for his family. He was always ready to tell a joke and he loved it when we said it was a "dad joke" and loved it even more when we laughed. More importantly, he loved Jesus and took every opportunity to pray with anyone that would let him, and even some that didn't! He put his word into action, something so rare today, because he was an uncommon man. His favorite phrase was "God bless you" and his most prized accomplishment was bringing someone to Christ. Thoughtful and dedicated, he fought as hard as he could, to stay with us for as long as he was able. Known as BG (Big Guy) to every grandchild, he is survived by his wife Terri, his children Jason (Julee), Nicole (Warren), Adam (Christa), Bethany (Brian), Samuel (Kenda) and Hannah (Jeremy) and their children. In honor of Steve's memory, please consider a donation to :

Steve was born March 8, 1947 in Kewanee, Illinois, to his parents, Joseph and Helen Spanich. The younger of their two children, Steve, excelled in sports and was a high school all American in basketball and baseball. Steve attended the University... View Obituary & Service Information

The family of Stephen Lee Spanich created this Life Tributes page to make it easy to share your memories.

Send flowers to the Spanich family.