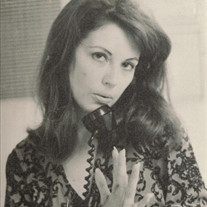 Susan Nadine Bowles Bell ascended to Heaven on Friday, December 24, 2021. She passed away peacefully at home in Tulsa, OK. Susan was born on March 10, 1940 in Ft. Smith, AR. She moved with her parents to Tulsa shortly after her birth where she lived until she graduated from college in 1962. Susan was predeceased by her parents, William Thomas Bowles and Fern Allen Bowles, her brother William Allen Bowles and her partner of 20 years, Robert Curry. Susan is loved and adored by everyone who knew her including her sister, Irene Bowles Earl; her nephew William Thomas Bowles and his wife Leah; her niece Tracey Bowles Graham and her husband Allan; her sister-in-law Becky Bowles and her son Nick Williams; and her many loving great nieces and great nephews. Susan attended St. Francis Grade and Middle Schools, Marquette High School and Oklahoma State University where she belonged to several Honor Societies and was honored her senior year for "her campus-wide activities which include president of Stout Hall, Grand Council, Mortar Board, Orange Quill, Orange & Black Quill, Government Week Executive Council, Who's Who and Newman Club." After graduating from college, Susan lived in San Francisco for a year writing for a magazine. She then moved to New York City where she lived until her retirement in 2008. While in New York, she became interested in theater. She took acting lessons and then moved behind the scenes to work as a production assistant on theatrical projects including work with Dustin Hoffman and Groucho Marx, among others. Subsequently, she completed an apprenticeship with the theatrical union ATPAM to become Company Manager of Broadway shows. In 1985, she moved from New York so she could become the House Manager of the Kennedy Center Opera House. After six years, she returned to New York continuing her career as a Company Manager. Over the course of her career, she worked on many shows, including THAT CHAMPIONSHIP SEASON, THE WIZ, THEY'RE PLAYING OUR SONG, MY ONE AND ONLY, RING OF FIRE, the revivals of OKLAHOMA and A CHORUS LINE, as well as serving as the manager of MISS SAIGON at Alan Wasser Associates for nine years. Upon her retirement in 2008, Susan moved back to Tulsa where she lived for the past 13 years. She was an amazing person. She was adventurous, beautiful, intelligent, kind, compassionate, thoughtful, generous, supportive, and one of the nicest people on earth. She was never judgmental, she genuinely cared about everyone and was always there for everyone, personally and professionally. Her compassionate heart knew no bounds and she helped as many charities as she possibly could. She also knew how to have fun and enjoy life. She had a wickedly funny sense of humor that oftentimes showed up unexpectedly. She will never be forgotten; she will always be missed; she will live in our hearts forever. Memorial services are being postponed until late February. Please check back for updated service information here. In lieu of flowers, memorial donations can be given in Susan's name to one of the many charities she supported, a few of which are listed below: Smile Train, St. Joseph's Indian School, Best Friends, Ironwood Pig Sanctuary, National Wildlife Federation, Alley Cat Allies, The Humane Society, Meals on Wheels, ASPCA, and Community Food Bank of Eastern Oklahoma Fitzgerald Ivy Chapel, 918-585-1151

Susan Nadine Bowles Bell ascended to Heaven on Friday, December 24, 2021. She passed away peacefully at home in Tulsa, OK. Susan was born on March 10, 1940 in Ft. Smith, AR. She moved with her parents to Tulsa shortly after her birth where she... View Obituary & Service Information

The family of Susan Nadine Bell created this Life Tributes page to make it easy to share your memories.

Send flowers to the Bell family.