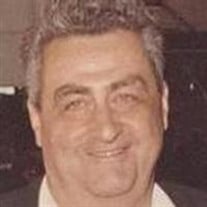 William "Bill" Julian Short, age 83, died on June 6, 2010 in Tulsa, OK. Bill was born in Bartlesville, OK to William Short, Sr. and Dolores (Jenkins) Short on October 1, 1926. The oldest of three children, Bill grew up in Bartlesville and upon graduation from high school, he enlisted in the U.S. Navy, serving in World War II. After his service, he attended Oklahoma State University, graduating in 1950 with a degree in Marketing from the Spears School of Business. During college, he married OSU Beauty Queen Marion Ruth Pallett and began a career in the commercial brokerage industry. His career started with Insurance of Wausau, continued as he moved to Marsh McLennan in Houston, where he was later promoted to Vice President of their Tulsa office. After 25 years at Marsh McLennan, he joined Walter Bryce Insurance Company in Tulsa. Well known in the commercial insurance industry, Bill's underwriting knowledge was unsurpassed, and his integrity and expertise in the field earned him great respect. Bill was pssionate about his alma mater, OSU, and an avid OSU athletics fan. He was a member of the OSU Posse Club, a Life Member of the OSU Alumni Association, and a 30 year season ticket holder to OSU Football and Basketball and rarely missed a game. Bill was active in his commuinity and a strong supporter of the Salvation Army, frequently cooking holiday dinners for the needy and homeless. Bill also had the great distinction of being a member of Mensa International. Bill was preceded in death by his wife of 54 years, Marion Ruth Short. He is survived by his two sons, James Steven Short of Oklahoma City, and David William Short of Tulsa, daughter Susan Bland Bacon of Tulsa, brother John Michael Short of Boulder,CO, sister Marilyn Thompson of Tulsa, and five grandchildren, Lauren Short Lambright, James Bacon, Ian Short, Alex Bacon and Katelyn Short. A memorial service will be held at the Fitzgerlad Ivy Chapel on Monday, June 14, 2010 at 2:00 p.m., 1402 S. Boulder, Tulsa, OK. In liew of flowers, donations may be made to The OSU Foundation, in the name of William J. Short, 400 South Monroe, Stillwater, OK 74074. Private condolences may be sent to www.fitzgeraldivychapel.com Tulsa, OK.

William "Bill" Julian Short, age 83, died on June 6, 2010 in Tulsa, OK. Bill was born in Bartlesville, OK to William Short, Sr. and Dolores (Jenkins) Short on October 1, 1926. The oldest of three children, Bill grew up in Bartlesville and upon... View Obituary & Service Information

The family of William Julian Short created this Life Tributes page to make it easy to share your memories.

Send flowers to the Short family.