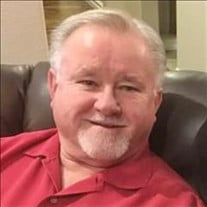 W. Joe Deitz, age 73, of Broken Arrow, OK passed away on Friday, February 19th, 2021. Joe was born August 11th, 1947 in Saco, Maine, the son of Willis Clarence and Nelly Jane. Joe graduated from Charles Page High School in Sand Springs, OK class of 1965. Following graduation, he married Joyce Carol Ragland in 1966. Joe was inducted in the United States Army and for the next two years Joe proudly served his country and earned the Army Commendation Medal. Joe was honorably discharged in 1972. On May 1st, 1970, Joe's first son, Gregory Joe Deitz, was born in Tulsa, Oklahoma. Joe and Carol moved to Springfield, Missouri to attend and graduated from Baptist Bible College. Joe became the pastor of New Testament Baptist Church in Tulsa; later changing the name to Heatherridge Baptist Temple. For 13 years Joe enjoyed being the pastor and held the memories during this time as the dearest of his work life. While pastoring, Joe attended and graduated with a master's degree from Southwestern Baptist Seminary in Fort Worth, Texas. On August 25th, 1979, their second son, Daniel Brandon Deitz was born in Tulsa, OK. Carol and Joe were divorced 1985. With the divorce, Joe decided to leave the pastorate and begin a new chapter in life. This is when Joe went to work for the United Parcel Service. Joe referred to it was a career blessed by God. During this time Joe met someone that he was not looking for. Her name is Gayle Marie Land, they were married for 34 years. Joe and Gayle traveled from Oklahoma City, San Antonio, Illinois, Minnesota, Missouri and finally landing back in Tulsa. The stories and adventures are far too numerous to count. Through the years they traveled across the world sharing countless memories and pure joy. Joe retired as a senior vice president of Human Resources for UPS. At this time, Joe considered his travels complete and wanted to be near his sons and grandchildren. Joe referred to them as his Hall of Fame. Joe was preceded in death by his parents, Willis Clarence and Nelly Jane, his sisters, Linda Jo, Carol, and Mary. He is survived by his wife, Gayle, his sons, Gregory Joe and Daniel Brandon and his wife, Megan, his grandchildren Gentry William Dean, McKenzie Renee, Sydney Nicole, and Caden James, Joe's surviving sister, Jonelle Bobby and many extended family members. In lieu of flowers the family asks that donations be made to Baptist Children's Home in Owasso in the name of Joe Deitz.

The family of W Joe Deitz created this Life Tributes page to make it easy to share your memories.

Send flowers to the Deitz family.